The comic book industry dates back to the 1930s where it has started as a pastime for the nerd culture. Thru the decades and years, it has evolved to become a culture of its own, with more and more people turning into enthusiasts. Today, the comic culture has become mainstream – more comic characters, more
Read More 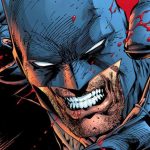 The character of Batman is easily one of the most influential and respected characters to have ever appeared in comics or on the movie screens. The Dark Night whose main goal in life is to protect his beloved Gotham City from the villains of all shapes and sizes has been the inspiration for many over
Read More 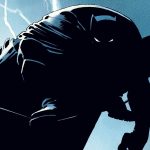 If you have had the luck to live in the times of Frank Miller, then you are truly blessed. A genius in the arts, we can all argue that whatever Frank Miller touches turns to gold. You might have come across his Batman comics some time ago, and, judging by online reviews and individual anecdotes,
Read More